In the life of seventeen year old girls everywhere, today is a RED letter day. Pun intended. If you’re unaware that Taylor Swift is releasing Red, her fourth album, you may suffer from popular culture deficiency syndrome for which the only treatment is a subscription to People Magazine. 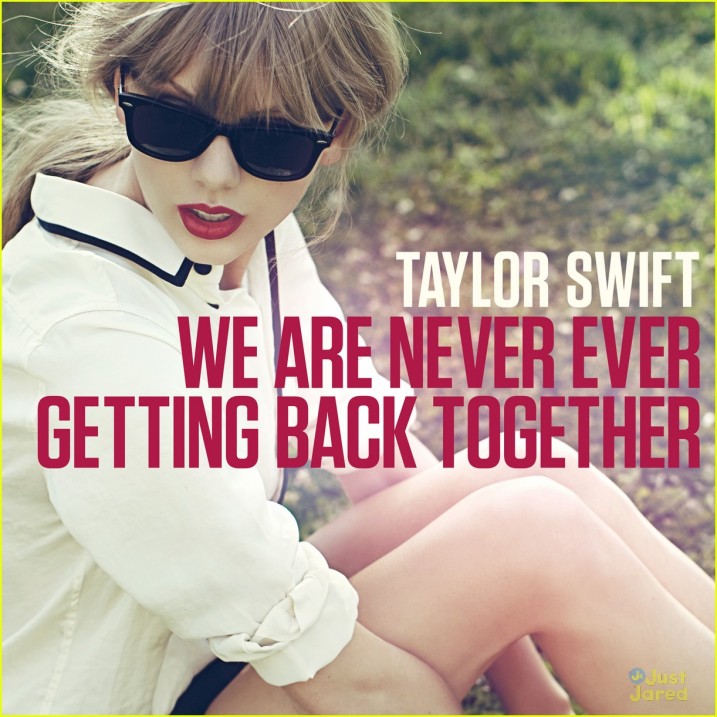 Not afraid to say I dig this song. Who says women aren’t decisive enough?

Here’s a TSwift primer to catch you up. From a Los Angeles Times review of Red:

Swift continues to be a lightning rod for attention, positive and negative. For every award she collects, such as her six Grammys including the album of the year for “Fearless” and multiple entertainer of the year accolades from the Country Music Assn. and the Academy of Country Music, she weathers withering blows from listeners and music critics who dis her vocal abilities, even her enthusiasm whenever good news comes her way.

Jealous much? I guess when you’ve never been arrested or even caught acting like a fool in public, those hard wired to criticize rip your enthusiasm. While it’s still on the air, I submit to you a new Sesame Street quiz—which one doesn’t fit—public drunkenness, hit and run, too darn smiley, drug overdose.

More from the review:

She makes no apologies for her pursuit of happiness or for her ubiquitous and oft-criticized expressions of wide-eyed, opened-mouth surprise each time she is on the receiving end of an award.

“The No. 1 piece of advice other artists have given me,” she said, “is ‘Live in the moment. Really, really understand that this is amazing.’ Some of them have said, ‘I let it pass me by; I didn’t realize how great it was till after. And I acted really cool when it was all happening, and then afterward I realized I’d let it pass by.’

Live in the moment. Really understand this is amazing. “This” isn’t a music award for most of us. For me this is the opportunity to raise two children. This is being healthy enough to complete a long distance triathlon. This is truly knowing and supporting my wife’s dreams. What are you assuming there’s ample time for? What are you at risk of letting pass by?

Instead of ripping TSwift for not having the strongest, most impressive voice in the world, and for being too darn joyful, we should thank her for inspiring us to “live in the moment”. She explains:

“If you really take that advice to heart, you freak out when you win an award. If you’re really living in the moment, you’re not bored that you won an award. I got a Grammy this year, and I really tried hard not to be as excited — not to act so excited when I won. But,” she said, breaking into laughter, “I get so excited and I just was; I was really, really happy about it.”

Here’s to living in the moment and being unapologetic about being really, really happy.