Huffington Post-like tabloid headline alert. By “best” I mean “only”, by “get rich” I mean have a little more money leftover at the end of the month, and by “scheme” I mean partner with your neighbor-friends to buy in bulk.

The Byrnes family likes them some guacamole. Avocados are usually $1.50 at the local grocery store, but are sometimes on sale for 99 cents. At Costco, six are $4.99. I believe in slow-mo, one 83 cent avocado at a time, financial improvement.

The problem of course is eating them before they go bad. One Costco shopper offered this tip in an on-line forum, “My technique is to put the newly purchased bag in the fridge for a week, and then take out one avocado and put it on the counter and keep a close eye on it. As soon as it feels a bit soft I use it up and take out another avocado. I’m surprised at how well this works for me.”

Overtime, buying avocados and many other consumer goods in bulk can lead to serious savings, but if you’re one or two people, or even a smallish family, avoiding waste is always a challenge. Which makes me wonder, why don’t individuals, couples, and/or families form informal neighborhood-based cooperatives to buy things much more cheaply in bulk? For example, someone buys two gallons of milk, six avocados, and a case of beer at Costco and walks over to their neighbors and gives them one gallon of milk, three avocados, and twelve bottles of beer for a few dollars savings.

Not a life-changing transaction, but it illustrates the concept. The key of course, is scaling the bulk buying up, and thereby, extending the savings.

There are a few imminently surmountable reasons for why this networking isn’t more common. People may not have close friends near by. Or people may have nearby friends, but be hesitant to buck the deep-seated individualism that’s ingrained in American life. Can we come together on which beer? Or maybe people don’t feel it’s worth taking non-working time to coordinate group Costco runs. Or like a solo car commuter whose resistant to join a carpool, maybe people don’t want to give up the freedom to shop on their own schedules.

It’s ironic that people’s wages aren’t keeping up with inflation and we’re living in the midst of a social media revolution and we don’t partner up more often to buy in bulk. Maybe necessity is the mother of invention. Maybe as young, tech savvy people struggle to achieve economic independence, informal bulk-buying neighborhood cooperatives will naturally bubble up. 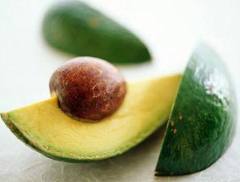