At a dinner at my university recently, I was seated next to a nice guy from our Development office. That means he asks wealthy people for money for a living. Wooing wealthy donors entails nonstop travel and an uncanny ability to feign interest in rich strangers’ lives. I would rather work in China retrieving cell phones from shit-filled porta-potties.

This Saturday I’m cycling from Portland to the Pacific Ocean on a ride designed to raise money for the American Lung Association. To participate, I had to raise at least $100. Instead of asking you my loyal readers to consider chipping in at so many cents a mile, I paid the $100 myself.

That’s not to say I don’t ever need other people’s help. The truth of the matter is I need something else from you—a female Democratic candidate capable of winning the 2016 Presidential election. Not named Clinton. We desperately need to shatter the political glass ceiling once and for all, but count me among the “Can’t we be more creative than Bush v Clinton?” contingent.

Clinton’s smart and progressive, but her public persona really rubs me the wrong way. No, that probably shouldn’t matter, but it does. Of course it’s impossible to be a Presidential candidate if you’re not hyper-ambitious. With Clinton though I don’t get a sense that her intense desire to be president is motivated by even a semi-selfless sense of public service, instead it seems like pure, unadulterated personal ambition.

Can’t wait for eldest daughter, who is going to work for her campaign, to write on Facebook or here, “You would never say a male candidate’s public persona rubs you the wrong way.” Save it sister. Ever seen Al Gore in a debate? Detached stiffness personified.

Before you attempt to help by suggesting Elizabeth Warren, know that she has been consistent in saying she isn’t running. If she did, I’d support her in a heartbeat. So someone Elizabeth Warren-like.

I’m counting on you. Thank you in advance. 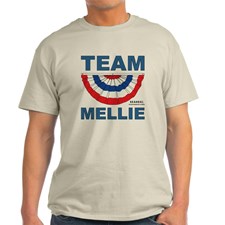 This is who I thought eldest daughter would work.

4 thoughts on “I Need Your Help”