Maybe not the worst advice ever, just the least practical.

That’s what a former engineer recommended we do at last Sunday’s annual congregational meeting when discussing the uncertain status of the After School Tutoring Program (ASTP).

It’s been a tough year for Good Shepherd Lutheran Church. Maybe historians will point to my being elected to the Church Council as the catalyst for the downturn.

Recently, my fellow Council members and I asked the pastor to resign. Inevitably, that upset some members, some so much so they left. Others stopped attending probably because they had enough conflict in their lives already. Consequently, we have challenging budget decisions to make.

Despite the fact that the After School Tutoring Program represents somewhere between 2-2.5% of the total budget, the congregation spent 90% of last Sunday’s budget discussion debating whether we should continue it or not. This wasn’t a one-off, the church is preoccupied by it. I am totally flummoxed and exasperated by the congregation’s seeming fixation with the ASTP. The attention is receives is totally out of proportion to that of other programs, ministries, and issues.

Which begs the question why. My only conclusion is that my engineering friend has it completely backwards. It’s impossible to take the emotion out of it because it’s  exclusively based upon competing emotions that have formed over its long history.

I am resigned to the fact that the ASTP is our Ford Mustang. Of Ford’s decision to eliminate every sedan except the Mustang:

“. . . the Mustang’s survival isn’t really about numbers. ‘Five years from now, whether Ford decided to keep the Mustang or not isn’t going to be a material factor,’ Mr. Jonas said. ‘It’s more of an emotional thing. They’re trying to preserve the sexuality of motoring the way it used to be known.'”

Apparently, Ford suits gets what my engineering friend does not. You can’t take emotions out of things. At least not completely. And in the case of the ASTP, hardly at all. Resistance, I’m finding, is futile. 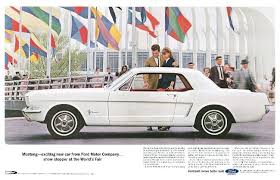 1 thought on “Worst Advice Ever, Take the Emotion Out of It”