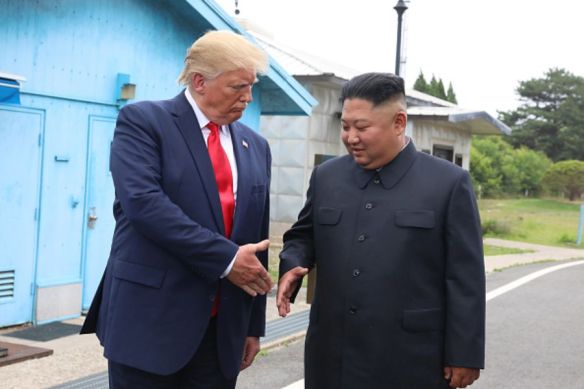 Long story short, the West has underestimated his dictatorial acumen ever since he assumed power. He’s much more like his grandfather than his father, meaning especially brutal, strategic, and politically shrewd. His position inside North Korea is extremely strong.

North Korea’s economy has improved under KJU whose loosening of rules, or looking the other way rather, has freed up market activity throughout the country. Far from an “invisible hand” though, entrepreneurs have to pay off local authorities to ignore repressive laws on the books. No one is starving anymore, but some people are malnourished due to a lack of variety in their diets.

On the other hand, and most importantly, concentration-like labor camps packed with alleged political dissidents continue to operate with the same brutality. I suspect the people in those camps face the most inhumane living conditions on the planet. No one has ever been known to escape one.

And yet, President Trump shows no concern for those victims. Instead he talks of condos at North Korea’s Wonson beach resort.