And so, Cincinnati faces a decision that could transform their franchise—Burrows or Byrnes?

Burrows was decent during his final season at LSU—60 touchdowns to 6 interceptions. But when it came to pickup basketball at UCLA’s John Wooden Center, Byrnes was an early 80’s legend. Among other things people on campus remember from his play was the way he’d palm the ball like a shorter, younger, whiter Connie Hawkins.

Byrnes easily palmed the ball because he has large hands. Burrows—9″. Byrnes—9.75″. Cincinnati’s dilemma is there’s not a lot of football tape of Byrnes since he retired to golf after whiffing a tackle in the eighth grade in Cypress, California. That was on the coach though because the young phenom told him that he was “. . . born to quarterback, not cornerback.”

People in Kentucky, Ohio, and Southern Cal still reminisce about his after school pick-up quarterbacking. It is Cincy’s bad luck that all of that was before pocket video cameras, GoPros, and drones.

Will Cincy go with the guy who is anxiously waiting for the iPhone SE2 so he can more easily grip it or the guy who can palm an 11″ iPad? We won’t know until April 23rd. 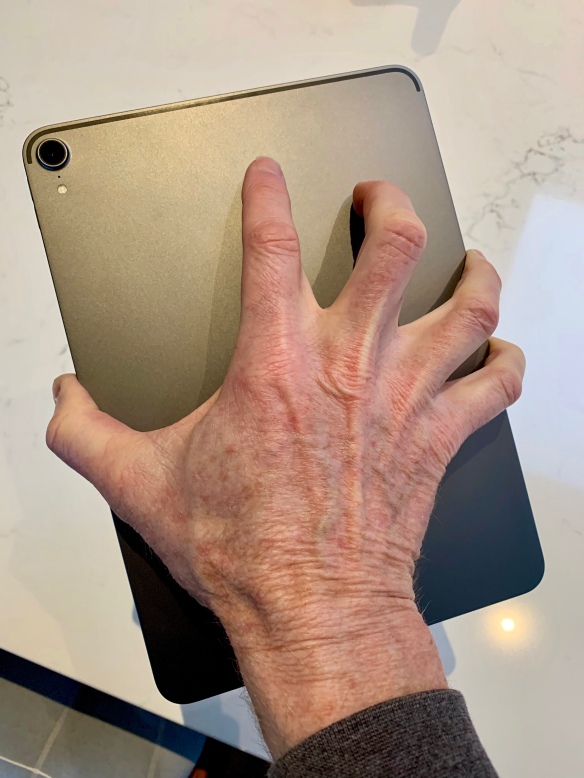 2 thoughts on “Cincinnati—You’re On The Clock”