If my neighbors read this ESPN Grantland story about the scientist doing most of the brain research on deceased professional football players, boxers, other athletes, and war veterans, would they allow their sons to play football this fall?

Based on what dermatologists know now, my parents shouldn’t have let me play outside all summer without any protection from the sun. Burn. Peel. Repeat. Skin cancer.

Are public high school principals and athletic directors explaining the research findings to student-athelte parents so they can make informed choices about their children’s long-term health? No. Because if schools did think of football as a public safety issue, like absestos riddled buildings, and were on top of the research, they’d have a very hard time justifying fielding football teams at all.

Many citizens, like global warming skeptics who don’t want to change their lifestyles, will refute the research without carefully considering it. Culturally, there’s too much at stake. Exhibit A. This new $60m Texas high school stadium that seats 18,500. Friday Night Lights. Saturday tailgating. Sunday television. Maybe ignorance is bliss.

Most athletic directors are also boosters of sorts so I doubt they’re doing much to educate parents about the known risks of playing football. Principals would probably say they have too much on their plates and have to depend upon their A.D.’s. Hence the silence.

Principals get away with saying they have too much to do to oversee sports because we don’t think of the primary mission of schools—to enhance the life prospects of young people—and the primary mission of football as it’s played by most schools—to outscore the opponent as many times as possible for the sake of school spirit and community pride—as having much to do with one another. Coaches focus on the physical, and wins, losses, league standings, and state titles. Educators focus on students’ intellectual and social growth and future life prospects.

Everyone once in awhile a coach comes along with an educator’s mentality. And sometimes educator coached teams experience on-field success even though they don’t have a win-at-all-cost mindset. They think of their sport as a means towards an end, or ends rather, including the building of character, an insistence on integrity and fair play, and appreciation for teamwork. These coaches are beloved because they have perspective and are far and few between. They think of themselves as educators first, they manage their frustration, and they’re preoccupied with what type of citizens their teen-age athletes will be at age 26 or 36.

Instead of being integral to a school’s mission, high school football is almost always thought of as an add-on. A high status add-on that escapes critical inquiry. Given what we’re learning about chronic traumatic encephalopathy, it’s time that changes. 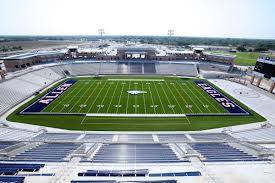