“Thank You for Being Late was put to bed well before the presidential election, and throughout the text Friedman makes occasional dismissive references to Donald Trump and Bernie Sanders. (Ha ha, remember those clowns? Good thing technocratic rationality prevailed!) Near the end of the book, Friedman presents an earnest 18-point plan for governmental reform in the age of accelerations; a platform for the “Making the Future Work for Everybody” party, as he puts it. Thomas Friedman doesn’t know a damn thing about the future. Despite all of his self-serving rhetoric about necessities and inevitabilities, he still couldn’t recognize that Trumpism is in part a consequence of thought leadership, of rampant globalization with blithe disregard for its domestic casualties, of having your head jammed so far up the future’s ass that you’ve completely lost touch with the present.”

If you’re looking for something better to read, I recommend Hillbilly Elegy: Memoir of a Family and Culture in Crisis by JD Vance. In this day and age, I guess I shouldn’t be surprised that it has become a political beach ball, batted around by Republicans and Democrats to argue for conservative and liberal social and economic policies. It’s Vance’s story of growing up in a dysfunctional family in Kentucky and Ohio, two states I grew up in. Here’s an idea, you can’t tell a person their story is “wrong”. Yes, if you must, you can tell them the conclusions they draw from it are misguided, but how about waiting awhile.

Alibaba, can I count Hillbilly Elegy as a 2017 book if I started it in the final days of 2016? What do your “book list” rules say about that? I also just finished the sup short collection of essays by Oliver Sacks that you gave me for Christmas. Does the fact that I enjoy reading and thinking about how people approach the end of life mean I’m old? How ’bout waiting awhile to answer that.

I just started a bruiser, Empire of Things by Frank Trentmann. Hoping to finish before UCLA cuts down the nets in Phoenix and/or JSpieth birdies #12 at Augusta National on Sunday. Also hoping everyone forgets I’m reading this so no one asks how it’s coming. #toomuchpressure 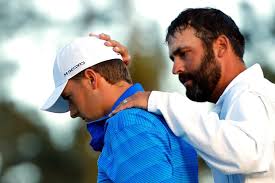 2 thoughts on “Thank You For Being Late—Buyer Beware”