It’s been a long time since I’ve written about my athletic self.

2019 has been all about good health and consistent training. Last Friday I ran my 1,000th mile of the calendar year, thus extending my 21 year streak of 1,000 miles+ running annually. As you age and it becomes impossible to set personal speed records, you have to find other ways to motivate yourself. My secret power is not having played contact sports growing up. My knees are golden thanks to golf and water polo. Being slender no doubt helps too.

I’ve swam farther this year than any other because I joined a Masters Team and went from swimming twice a week to three times. Despite that increase in volume, my splits aren’t much better because swimming is an incredibly technical activity and I haven’t improved my technique.

I ran a very good marathon a few years ago in Seattle. For me. Even somehow won my age group. I’ve ran a few halves since, including one in July, which also went well despite skimping on long training runs.

But despite the good health and all the cross-training, I haven’t competed in a triathlon for 5+ years, which I guess means I’m retired from the sport. I’m even trying to sell my beater triathlon bike.

I often think about returning to competition and this is where I need a sports psychologist. Friends still enjoy it and I know I could be very competitive in large, difficult races, not because I’m a burner, but because I’m slowing down less than my peers because I was never supe-fast to begin with and I have a very deep cardiovascular base from years of consistent cross-training. Also, while I’m not a burner in any of the disciplines, I don’t suck at any of them either. In contrast, almost every triathlete has a weakness*.

For some reason though, I just can’t bring myself to purchase a new bike, register for races, and show up on starting lines. Here’s how I imagine a counseling session with a pricey sports psychologist going down.

SP: So you’re thinking of returning to triathlon. What’s keeping you from committing?

RB: Aren’t we gonna talk about my childhood?

SP: No, frankly that would bore me.

RB: Well, for one thing I’m usually shelled at the end of training rides and I really don’t want to run off the bike anymore.

SP: Have you always been a wuss or is that a recent development?

RB: I think it’s rooted in my childhood.

SP: What else is holding you back?

RB: To tell you the truth, when I imagine best case scenarios, winning races, it doesn’t do anything for me. I think what if I swim, cycle, and run faster than a declining number of other economically privileged old dudes. And I conclude, so what.

SP: Often, as in life, in athletic competition the joy is in the journey.

RB: Did you learn a lot of cliches during grad school?

SP: Yes, lots of others I’d happily share if we weren’t out of time. Thank you for coming.

* truth be told, my weakness was the fourth discipline, transitions 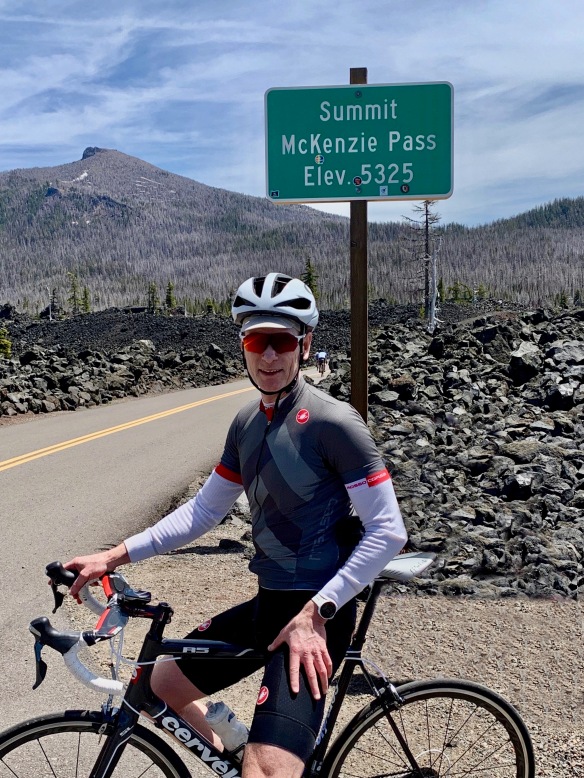