The perfect addendum to Brook’s essay*. Absent this reminder, liberals may read Brooks and conclude, “Wow, my team is so completely grounded in reality,” thereby succumbing to group narcissism themselves.

“The point is that we are all capable of believing things which we know to be untrue, and then, when we are finally proved wrong, impudently twisting the facts so as to show that we were right. Intellectually, it is possible to carry on this process for an indefinite time: the only check on it is that sooner or later a false belief bumps up against solid reality, usually on a battlefield.”

From David Brooks, moderate Republican, “Trump Ignites a War Within the Church“.*

“The split we are seeing is not theological or philosophical. It’s a division between those who have become detached from reality and those who, however right wing, are still in the real world.

Hence, it’s not an argument. You can’t argue with people who have their own separate made-up set of facts. You can’t have an argument with people who are deranged by the euphoric rage of what Erich Fromm called group narcissism — the thoughtless roar of those who believe their superior group is being polluted by alien groups.”

My new mantra, “You can’t argue with people who have their own separate made-up set of facts.”

*A reminder, you don’t have to subscribe to The New York Times to read my NYT links, but you do have to register.

My morning reading included this New York Times profile of Kidd G., a 17-year-old from a small Georgia town who built an audience as a rapper on TikTok and SoundCloud before pivoting to country music.

“Before committing himself to making music, most of Kidd G’s attention was devoted to sports, particularly baseball and fishing. (He received two college scholarship offers for fishing.)”

“In all fairness, there’s more to Harden’s and Irving’s character than basketball. Irving is a generous and passionate advocate for social justice. Harden helped buy food for 5,000 Houston families during the pandemic. But when it comes to their profession, they seem entitled. Which makes it hard for any partnership to work.”

Like everything else in the (dis)United States, the Covid-19 death toll has been politicized. Many conservatives claim the death totals have been exaggerated by liberals intent on weakening Trump, which recent events prove, he’s fully capable of doing himself.

One of the more conservative newspapers in the country has completed a comprehensive study of the worldwide death toll. Their conclusion:

“To better understand the pandemic’s global toll, the Journal compiled the most recent available data on deaths from all causes from countries with available records. These countries together account for roughly one-quarter of the world’s population but about three-quarters of all reported deaths from Covid-19 through late last year.

Not the recorded death count of 2 million, 2.8 million. Because it’s the Wall Street Journal, I’m sure the death count deniers’ false claims will cease and we’ll see a corresponding rise in empathy for the deceased and their families.

Eastman is a Southern California law professor who has been telling Trump exactly what he’s wanted to hear, that the election was stolen and Pence could help undue it. This fiction lead to him rising through Trump’s “elite legal strike force” so fast that he ended up speaking from the stage pre-insurrection with Rudy on January 6th. Meanwhile, 3,000 miles away, his Chapman University colleagues and students were organizing. They pressed the University President to fire him, but the President forcefully explained why he couldn’t and wouldn’t.

Until yesterday, when he flipped and announced Eastman had agreed to retire. So what happened to cause the sudden and drastic reversal? Conservatives will no doubt say “cancel culture” struck again, but my guess is the University’s legal team and Eastman’s lawyers agreed to craft the “retirement” exit to avoid a lose-lose situation with respect to exorbitant legal fees both sides would incur if they dug in.

So is the case of John Eastman’s retirement, as conservatives will claim, another example of the hypocrisy of progressives who advocate for diversity writ large while simultaneously reducing ideological diversity by pushing Eastman out the door? No, because this isn’t a difference of opinion about the role and size of government, gun control, or social justice, it’s about what a law school does when one of its professors refuses to accept a bipartisan legal consensus—that it was a free and fair election—in the most visible way imaginable. How much harm is done to the law school’s and University’s reputation?

Ultimately, the university had to have worried that many of the mostly liberal recent college graduates applying to law schools were less likely to apply to Chapman because of Eastman’s affiliation with it. They had to have known his flight from reality was going to lead to fewer applications, meaning a weaker and smaller entering class, meaning a loss of revenue during higher education’s great retrenchment.

Undoubtedly, the University paid Eastman a tidy sum to “retire”. A sum they deemed less than the long-term loss of revenue from keeping Eastman on the payroll.

We know it wasn’t really a retirement because Eastman said he will direct the Center for Constitutional Jurisprudence at Claremont Institute.

Watch the Center for Constitutional Jurisprudence retract their offer sooner than later. Hope his fifteen minutes of fame was worth it.

If you ever serve in Congress, and wonder how to end a floor speech, this is how it’s done.

Richmond might be leaving Congress, but not government. In one week he’ll start serving as Senior Advisor to the President and director of the Office of Public Liaison.

Many people understate Trump’s accomplishments. He is the first president to lose the popular vote twice and to be impeached twice.

Am I undercutting my own argument?

Took me forever to decide on my Christmas—New Administration—Birthday gravel bike. The Gal Pal says people are going to make fun of me. I’m not sure why. And that’s assuming they can catch me. Fly Warbird, fly! 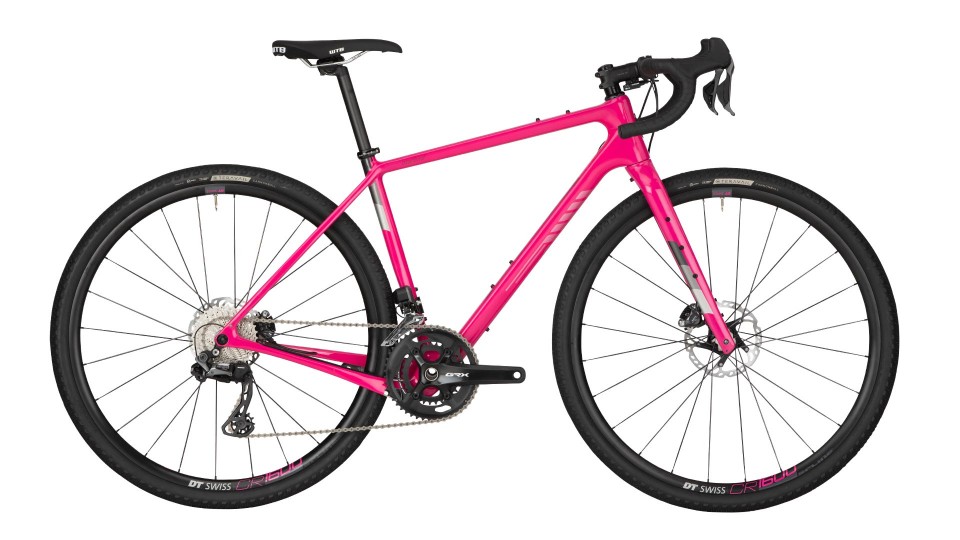