Like a lot of introverts, my need for solitude sometimes seems insatiable. Yet, I’m keenly aware we are social beings and that we need others to accomplish much of anything and to have any meaningful shot at genuine happiness.

Even though you won’t find me in the Nisqually Delta with binocs, DSLR camera, and ginormous lens dangling from my neck, or listening to bird calls on my iPad, I enjoy watching the birds we share our new spot with. Yesterday’s airshow was especially good. Two bald eagles took turns nipping each other (foreplay?) while a cormorant glided by obliviously . I also can’t get enough of watching geese and other migratory birds fly by in small, medium, and large “V’s”.

Migratory birds draft off of one other for the same reason cyclists do, to save about 25% of their energy. I wouldn’t be surprised if they also also benefit somehow from the social aspect of flying together.

Are you an investor, if so, are you “flying solo” or are you drafting off of someone more experienced, knowledgeable, and successful? Like this person. What about as a person, are you drafting off anyone to be a better human being? Or maybe, like me, as an educator, parent, and older person, you’re doing your best to, like Nairo Quintana in the picture below, “lead out” others in need of a positive example. 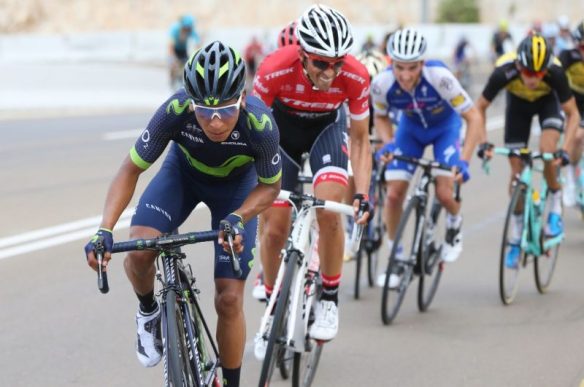 Postscript: I love this pic because even though Quintana is working at least 25% harder than Contador and company, he’s totally in control, meanwhile, everyone else is struggling mightily to hold his wheel. If only I had grown up Boyacense.

From Joel Achenbach in the Washington Post. “No longer ‘Mayberry’: A small Ohio city fights an epidemic of self-destruction”.

“Now you can get heroin quicker in these communities than you can get a pizza,” said Teri Minney, head of the Ross County Heroin Partnership Project. “They’re delivering.”

The addicts often shoot up in public places knowing that if they overdose they will be seen and potentially revived by police or paramedics carrying naloxone, the anti-overdose medication, also known by the brand name Narcan. One day in September, police and paramedics responded to 13 separate overdose calls, including one fatality: a man who died in an apartment right on Main Street. Meanwhile, a woman overdosed in her car as it idled at a Valero gas station with her 2-year-old daughter in the back seat. On that single day, seven children in the county were taken into government custody.

The county’s health commissioner, Tim Angel, says he sees multiple generations of addicts now. He’ll ask a young patient who has come in for treatment, “How did you get involved in this?” and the answer will be, “My mother shot me up for my birthday when I was 14.”

Imagine if the President focused half as much energy trying to ameliorate the opioid crisis as he does immigrants.

From “Understanding Teacher Retention and Mobility in Washington State” by Elfers, Plecki, and Windekens.

While the number of teachers in Washington state has increased by approximately 11,000 in the last twenty years, the racial and ethnic diversity of the teacher workforce made only minimal gains. In 1995-96, there were approximately 49,000 teachers, 94% of whom were White. In 2015-16, 90% of the state’s 60,000 teachers were White. The increase in diversity of the workforce was concentrated among Hispanics, with the percent of Hispanic teachers increasing from 1.7% to 3.9%, and the percent of Asian/Pacific Islander/Native Hawaiian teachers rising from 2.0% to 2.8%. The proportion of Black/African American teachers has declined from 1.6% in 1995-96 to 1.2% in 2015-16. The proportion of Native American teachers also declined slightly from 0.8% to 0.7% in the last twenty years.

This problem is almost always framed as “students of color need educated, professional role models that look like them” which is undeniable; much less appreciated though, is the need for White students to have excellent, ethnically diverse teachers.

From “Why Facts Don’t Change Our Minds” by Elizabeth Kolbert.

Surveys on many. . . issues have yielded. . . dismaying results. “As a rule, strong feelings about issues do not emerge from deep understanding,” Sloman and Fernbach write. And here our dependence on other minds reinforces the problem. If your position on, say, the Affordable Care Act is baseless and I rely on it, then my opinion is also baseless. When I talk to Tom and he decides he agrees with me, his opinion is also baseless, but now that the three of us concur we feel that much more smug about our views. If we all now dismiss as unconvincing any information that contradicts our opinion, you get, well, the Trump Administration. 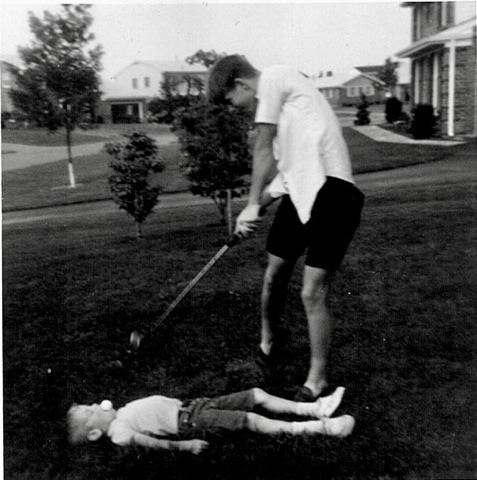 A friend’s son, an 11th grader, is a very good SoCal basketball player. He wants a college scholarship, but his team is poorly coached, so attracting the attention of college coaches is more difficult. His team lost one game 70-62 after being up 60-45 after three! I do not know if their mascot is the Cougars.*

My friend really knows basketball and is exasperated at the coach’s incompetence. Granted, too often, overly subjective and meddlesome parents of young athletes are part and parcel of the problem, but that’s not my focus here. My focus is on the amazing discrepancy between what we require of beginning teachers versus coaches. Coaches are educators, for some student-athletes, even more influential ones than teachers. Yet all we tend to require from them is some CPR and child abuse training. We hope they “know” their sport inside and out and how to interact positively with their athletes. More generally, we hope they have the necessary dispositions to inspire their athletes to not just athletic, but life success.

Consider the economics of the problem. The aforementioned high school basketball coach gets $2,800 for the season, meaning way less per hour than his athletes earn at their weekend jobs. So the supply of coaches is severely limited. That means high school athletic directors are loathe to fire any coach that isn’t breaking the law. That is, as long as the parents’ protests are manageable, which they usually are since frustrated parents turn over every few years, meaning they never get sufficiently organized.

Given the paltry stipends coaches receive, it’s unrealistic to expect them to undergo any training remotely similar to student teachers. So what to do absent more incentives for outstanding educators to consider coaching? Could a more thorough and thoughtful interview process weed out incompetent and/or unkind coaches-to-be? Only if there’s more candidates to choose from right? And so we’re back to the stipends.

I really don’t know the answer to the question. A few outstanding high school coaches read the humble blog. Maybe they’ll enlighten us. 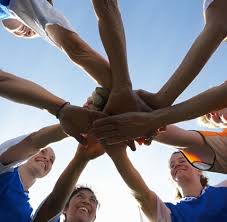 *inside Washington State joke; Scottie, love you as always

Anti-intellectualism is trending, but its roots run much deeper than the current Administration’s embodiment of it. From Kevin Birmingham in the Chronicle of Higher Education:

Last year the University of New Hampshire made news when one of its librarians, Robert Morin, who had saved almost 50 years of paychecks, left $4 million to the university upon his death. UNH spent $1 million of the librarian’s gift on a 30-by-50-foot high-definition scoreboard for the new, $25-million football stadium. The university defended its decision by stating that the donation had been used for “our highest priorities and emerging opportunities.” Adjuncts in the English department there reportedly receive $3,000 per class. They already knew they weren’t a high priority.

Note to self, when leaving what’s left, provide the recipients with specific instructions.

Then there’s this guy who, while on a walk in the snow, took a respite from his gallant fight with cancer to lie down and rub around on top of some other dog’s poop. His way of getting an overdue bath? 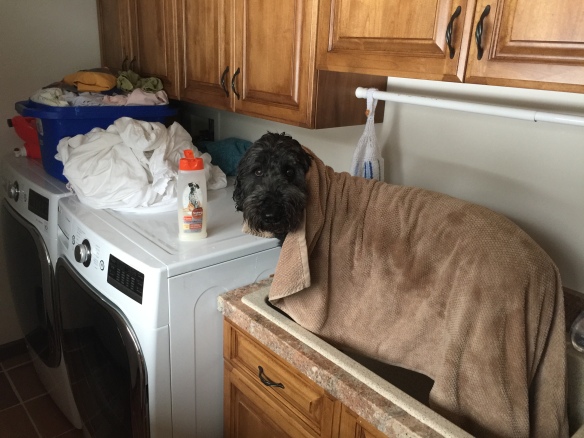 European stories help. Like this one about a clash of cultures in the pool. Imagine the dispatcher, “We have extreme splashing at Gelnhausen, approach with extreme caution, the perp is armed and legged and dangerous!”

If none of that works, find a vid of Chance the Rapper’s Grammy performance.

Steph Curry, Under Armour’s most important pitchman, agrees with its CEO who said, “Donald Trump is a great asset to the country.” “I agree with that description,” Curry said, “if you remove the ‘et’” from asset.”

Props to Curry for not Michael Jordan-ing it. Michael Jordan, a verb, meaning to avoid all politics in order to sell the largest number of shoes and other swag as possible.

However, I’m only awarding Curry 1 point for his shot at the Prez because it’s important we think about probable long-term negative impacts of a diminished respect for the office. Someday, hopefully soon, we will have a much more respectful man or woman in the Oval, meaning a person much more deserving of our respect.

While imminently understandable, Curry’s, mine, and maybe your personal dislike of DT is inconsequential. All that matters is peacefully, passionately, tangibly, protesting his worldview and associated policies. While respecting the position.

Of course it’s both/and, but what’s the right balance? Everyone will answer differently. The longer I live, the more I lean towards the “cooperative spirit” end of the continuum. Except for when I’m going uphill on my bicycle, way, way towards it. I’m not sure any good comes from my competitive drive. I’m convinced the more I learn to suppress my competitive instincts in favor of partnering selflessly with others, the better my life will be.

Which brings me to this wonderful Elena Ferrante excerpt from My Brilliant Friend. The setting is 1950s Italy.

At least twice a year the principal had the classes compete against one another, in order to distinguish the most brilliant students and consequently the most competent teachers. Oliviero liked this competition. Our teacher, in permanent conflict with her colleagues, with whom she sometimes seemed near coming to blows, used Lila and me as the blazing proof as how good she was, the best teacher in the neighborhood elementary school. So she would often bring us to other classes, apart from the occasions arranged by the principal, to compete with other children, girls and boys. Usually, I was sent on reconnaissance, to test the enemy’s level of skill. In general I won, but without overdoing it, without humiliating either teachers or students. I was a pretty little girl with blond curls, happy to show off but not aggressive, and I gave an impression of delicacy that was touching. If then I was the best at reciting poems, repeating the times tables, doing division and multiplication, at rattling off the Maritime, Cottian, Graia, and Pennine Alps, the other teachers game me a pat anyway, while the students felt how hard I had worked to memorize all those facts, and didn’t hate me.

In Lila’s case it was different. Even by first grade she was beyond any possible competition. In fact, the teacher said that with a little application she would be able to take the test for second grade and, not even seven, go into third. Later the gap increased. Lila did really complicated calculations in her head, in her dictations there was not a single mistake, she spoke in dialect like the rest of us but, when necessary, came out with a bookish Italian, using words like “accustomed,” “luxuriant,” “willingly.” So that, when the teacher sent her into the field to give the moods or tenses of verbs or solve math problems, hearts grew bitter. Lila was too much for anyone.

That transports me back to Zachary Taylor elementary school in Louisville, KY where I dominated at “Around the World”, a game of addition, subtraction, multiplication, and division. I’d weave up and down row after row leaving slower classmates in my wake. Then, at recess, I was the Russell Westbrook of kickball. At least that’s how I remember it. When it came to conjugating Spanish verbs in junior high, not so much.