This may not be a NEWS ALERT, but I’ve gone super soft.

When I lived in Norway for a few winter months, I commuted to the University everyday on a mountain bike. At times, like skiing in fresh powder, I had a lot of fun making virgin tracks in 10-15cm of snow on a dedicated bike path. Everyone says I have amazing bike handling skills. And they’re right.

Fast forward a decade and I spend the winter spinning easily indoors while watching Frontline documentaries.

I need a kick in the ass or a ticket to Oulu, Finland. Or both. Here’s how Oulu, Finland gets 27% of it’s population to cycle to and from work all brutal winter long.

I think Dan, Dan, Washington State’s Transpo man should accompany me on my trip to Oulu. He has so much to learn.

“Oulu’s bike lanes are the result of decades of municipal leadership. The city’s first cycling plan was developed in 1969. . . . It was understood early that walking and cycling [have] to be treated as equal modes of transportation.

In this context, winter maintenance of bike routes is a natural extension of investments in cycling infrastructure. . . . .Keeping cycling routes open year-round was there from the beginning. Citizens never had to fight for it. . . . It was very much a civil servant-driven process.

The local government continues to prioritize active transportation, especially when the temperatures drop. Starting in October, Oulu is launching a new level of ‘super’ maintenance for cycling infrastructure during the winter months. Essentially, 15 per cent of the network, or about 150 kilometeres, will be maintained 24 hours a day.”

Given his Midwestern mix of charisma and charm, I’m sure Dan, Dan, WaState’s Transpo man can convince MC and everyone else in Washington to pay more in taxes to replicate Oulu’s commitment to cycling infrastructure including a nice cushion for winter maintenance.

At which point I won’t have any excuses for being a full-fledged winter weather wuss.

There have been so many selfless acts of bravery, he probably deserves the benefit of the doubt.

1. Do ice dancers get better scores if they’re sex partners? A very odd mix of science and tabloid journalism with references to “knocking boots”, “boning”, and “the dirty deed”.

2. The 10 most memorable figure skating routines at the 2018 Olympics, ranked by song.

The Good Wife and I have picked this song for our 2022 ice dancing debut. Thanks to our sub-freezing temps, practice has already begun. Look for us in Beijing.

3. No One Gets Redeemed at the Olympics.

“Even starry athletes have bad days or, in the case of high-pressure Olympic competition, bad milliseconds. When they get it together — the next day, or the next minute — it’s a reset, and it happens because the athlete is serious, committed,  has talent, and knows how to push through. In other words, they have resilience.

It’s not about sin or shame or failure, though implying that that’s the case makes for eye-catching headlines, especially when there’s a bright ending to the tale.”

4. As Medals Pile Up, Norway Worries: Are We Winning Too Much?

“To thrive, cross-country needs national heroes in places like Germany, which has a population of more than 82 million. And while the United States, Sweden and other countries have lately won some major titles, the Norwegians took gold at all five of the women’s events at the world championships in Finland last year, and won a total of 18 medals, more than any other country. Norway won 15 in cross-country. The next-closest country won four.

All of this presents a conundrum for Norwegians. They want their athletes to destroy everyone in their favorite sport, but the sport could be destroyed unless other countries win.”

I’m sure my Swedish friend, Anna Rappe, who has a special fondness for her neighbors, feels for the Norwegians.

“The love for nature and skiing has given rise to some 1,000 ski clubs. Informal and low budget, many of them are driven by volunteers and overseen by parents. But they give the sport a vast and fertile grass-roots base.”

I’ve been privileged to travel the world and swim, ride, and run in many awe-inspiring places, but one day I spent cross country skiing in Norway was the most memorable, insanely beautiful, and spiritual outdoor experience of my life.

Michael C Wright of ESPN on what Spurs coach Gregg Popovich had to say about Laura Ingraham’s criticism of LeBron James:

“I don’t pick and choose what LeBron should talk about any more than any talking head should try to pick and choose what he talks about. To me, when I heard about that, it was like an unbelievable show of arrogance for a talking head to try to tell someone else if they can speak, what they can speak about, when and where to do it. It’s just ludicrous. But to not have a feel for who this guy is…think about when he came into the public view. How young was he? And to this day he hasn’t missed a step. He hasn’t fallen off the ledge. He’s been a brilliant example for millions of kids, especially of kids of lesser opportunity who haven’t had the same advantages of others. And they see in this guy somebody who’s consistently exhibited excellence in the workplace. It gives them a voice, let’s them know that you can speak about anything. There really is a first amendment, and I can have opinions as a coach, as a plumber, as an astrophysicist, as a lowly reporter. I can have whatever opinions I want. And that’s what’s amazing about this. When you look at this guy, how many tens of millions of dollars he’s given? Tens of millions of kids that see him, that are inspired by him. It’s kind of like the Black Panther movie. How cool is that for kids to see that and have that superhero? Well, now, LeBron has been that for a long time. And for somebody to be totally numb to that and attack him in such a childish way, really speaks more volumes about that individual than it does Lebron. He’s very, very special. We should all be very proud that we have somebody like that who’s willing to speak about a variety of topics, and you’ve listened to them all.”

Ingraham probably thinks Pop should just shut up and coach.

Has there been a more significant 21st Century invention than the cordless vacuum? No, there hasn’t. At the start of this week-long journey into conspicuous consumption, I said I seek products that “just work”, offer good value, and last a long time. In hindsight, I left out the single most important variable, products that somehow save time. If your product truly saves me time, you can darn near name your price.

That’s the genius of the Dyson DC59. I can vacuum your house in half the time it would take me with your corded vacuum. Don’t believe me? Contact me, give me your address, and I’ll be there in a few hours (or days for my international friends).

The suction is excellent and hard or carpeted floors look great after a quick hit. And as an important added bonus, it doubles as an air guitar. Just try going Jimmy Hendrix on your heavy, bulky, behemoth.

The only blemish is it’s kind of hard to completely empty the DC59’s small, circular canister. But that’s a small price to pay for the time savings and chance to cover Purple Haze. 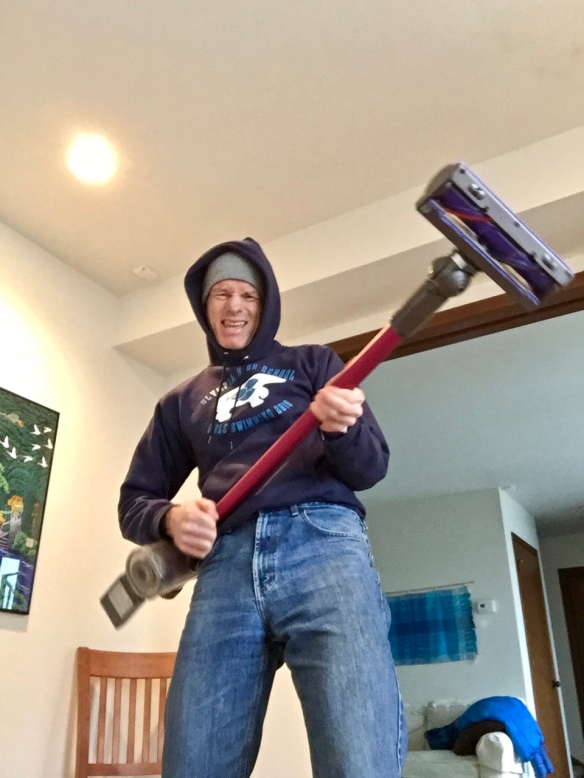 A recent purchase made here. Like nearly every consumer product, there are hundreds of printers to choose from. How does one decide?

In this case, I thought about the features I needed and then chose one with some features the last printer didn’t have and that I think we might use over time. Then, like most everyone I imagine, I read reviews and searched for the best price. While B&H doesn’t have any reviews, Amazon has 90. Printer reviews are somewhat like home appliance ones, frustratingly bifurcated. And of course, who really knows whether a review is made up or not.

After a month, it’s clear this is a serious upgrade from our retired Brother monochrome that cost two-thirds less. It’s one of those purchases where you wonder why you waited so long. Go forth and print, copy, scan, and fax. Sans cables. In color if you choose. 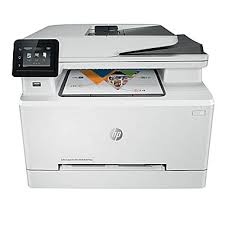 Two fiddy here. And the definitive review with over 2,100 comments.

I like the large, sup clear screen and long lasting battery. I turn the gps and auto pause off while swimming and use it almost like an on-deck digital clock. As a bonus, the fact that it (sort of) measures my light and deep sleep weirds The Good Wife out. The purple is almost as posh as my jump shot and putting stroke. 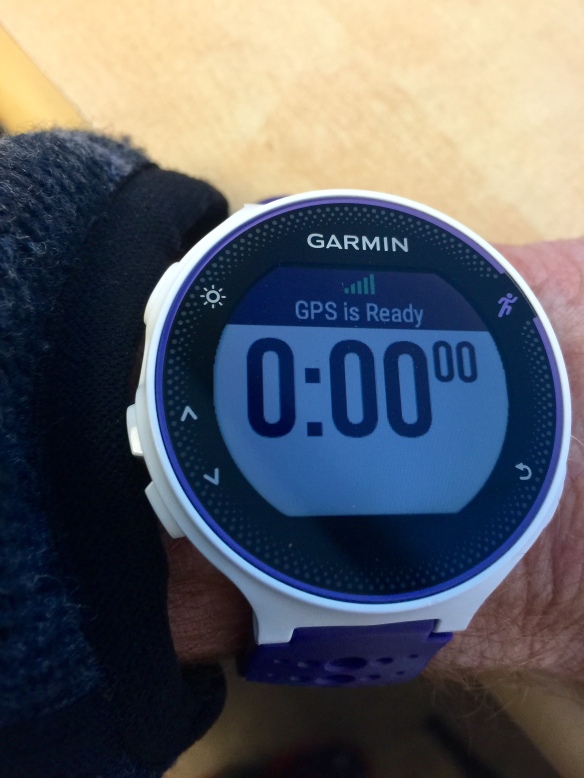