Mr. Johnson, 45, was cited by the board for an ‘exquisitely crafted novel that carries the reader on an adventuresome journey into the depths of totalitarian North Korea and into the most intimate spaces of the human heart.’

While writing the novel, Mr. Johnson said, he read propaganda and books approved by the regime. He eventually included Kim Jong-il, the late North Korean leader, as a character in the book. ‘I came to, not feel for him, but to see a human dimension in him,’ he said. ‘He was a very cunning person, a very witty person. He had flaws like all people. The more I studied him the more I realized that he was a very human figure.

It’s Bradley K. Martin’s fault. A decade ago, his outstanding history of contemporary North Korea, “Under the Loving Care of the Fatherly Leader: North Korea and the Kim Dynasty” sparked my deep-seated curiosity about life in North Korea.

Next I read Barbara Demick’s harrowing “Nothing to Envy: Ordinary Lives in North Korea.” Then Adam Johnson’s brilliant “The Orphan Master’s Son: A Novel.” Last week, Blaine Harden’s riveting “Escape from Camp 14: One Man’s Remarkable Odyssey from North Korea to Freedom in the West.” Next in the queue, “Escape from North Korea: The Untold Story of Asia’s Underground Railroad,” by Melanie Kirkpatrick.

If you’re more a viewer than a reader, watch “Inside North Korea” and “Camp 14: Total Control Zone.”

One can’t read those books and watch those films and not be alternately repulsed, saddened, horrified, angered, and ultimately, changed.

I believe most people are rational, well intentioned, and deserving of respect. From the time my daughters first started talking, I took time to explain to them my expectations, decisions, and actions. In turn, I tried to defuse conflicts by listening to them. I believe in non-violent social change. Like Gandhi, I believe that “an eye for an eye makes the whole world blind.” I believe diplomacy always holds more promise for international conflict resolution than military action.

And so why did former New Mexico governor Bill Richardson’s and Google Executive Chairman Eric Schmidt’s trip to North Korea anger me so much last week? Because my North Korea self-study has challenged much of what I believe to be true about global politics. I’m not sure anything I wrote in the previous paragraph applies to North Korea. The leadership is not rational and the regime isn’t just evil in the context of contemporary world politics, but in the course of human history. I have absolutely no faith that diplomacy will bring about any meaningful change. I’m not sure of the best course of action, but I know Richardson and “Rock Star” Schmidt are making matters worse by helping delude the outside world that North Korea is changing for the better.

It’s reprehensible for Richardson to say, “the naming of a new U.S. secretary of state could also help reset dialogue”. Yeah right, North Korea is the way it is because of Hilary Clinton. That’s an embarrassingly stupid statement for someone with Richardson’s credentials to make. And when a CNN television anchor interviewed Richardson, all she was concerned about was 44 year-old Kenneth Bae, an American being held in North Korea. No concern for the 23 million ordinary North Koreans whose lives are the most hellish on the planet.

Blaine Harden and Suzanne Scholte explain the problem this way.

“In a media culture that feeds on celebrity, no movie star, no pop idol, no Nobel Prize winner stepped forward to demand that outsiders invest emotionally in a distant issue that lacks good video. Tibetans have the Dalai Lama and Richard Gere, Burmese have Aung San Suu Kyi, Darfurians have Mia Farrow and George Clooney. North Koreans have no one like that.”

In part, that’s why I resolve to use this humble blog from time to time to inform others about North Korea, to agitate on behalf of impoverished and imprisoned North Koreans, and to criticize naive, misguided public figures. 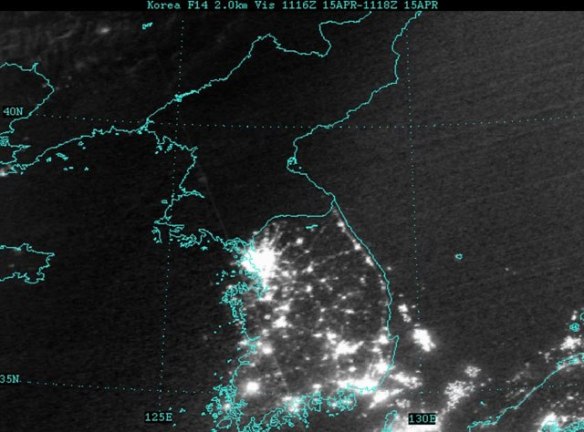 Just finished “Republic Lost: How Money Corrupts Congress and a Plan to Stop It” by Lawrence Lessig. If you plan to be, are currently, or ever were a political science major, you’ll lap it up. Lessig is whip smart. I was drawn to the book after hearing Double L interviewed on NPR. An expert on internet law, he said something to the effect of “Scholars should switch topics every ten years.” The higher ed world would be a far more healthy, invigorating, interesting place if profs universally applied that notion.

If you don’t keep a copy of the U.S. Constitution on your nightstand, you may find it slow going. The writing dragged at times. It would have been an even better book if L2’s editors had required him to reduce it by 25%.

Lessig explains why it’s understandable that 89% of the public doesn’t trust Congress. In short, every member of Congress spends 30-70% of their time fundraising because their primary objective is to get re-elected. Also, many see their Congressional work as a means towards an end of becoming high paid lobbyists. Important issues get short shrift and members’ compromise their ideals all in the name of campaign fund raising. The details depress.

Props to LL for eschewing academic norms and offering solutions to the problem. One major contradiction in his otherwise insightful treatise was this—he acknowledges that the public’s passive resignation is a rational response to the dysfunction while at the same time  he argues citizen involvement is the key to his proposed solutions. I appreciated the specificity and boldness of his fixes, but didn’t find them realistic enough.

Unintended effect no doubt, I’m less interested in politics as result of reading the book.

Needing a break from academic social science writing, I just started The Orphan Master’s Son—A Novel by Adam Johnson. Read some great reviews and saw Johnson interviewed on the NewsHour. I keep getting drawn back inside the Hermit Kingdom.

On deck, my first ever cooking/food book—An Everlasting Meal: Cooking With Economy and Grace by Tamar Adler. Awhile back I posited that people don’t change. I hereby amend that, people don’t “Change”, but they can “change”, by which I mean personal attributes don’t change much over time, but interests can. I’ve always been an “eat to live” kind of guy, but in the last year or two, I’ve started to enjoy cooking, eating well, and spending time in the kitchen. Maybe it’s the long-term effects of the fem-vortex. Anyways, look for me to starting cooking with even more economy and grace real soon.

In the hole (baseball term for the sports challenged), the Happiness Hypothesis—Finding Modern Truth in Ancient Wisdom by Jonathan Haidt. I’ve downloaded the first chapter, just casually dating at this point, so I’m not committing to marrying Haidt (although that may soon be legal in Washington State, but I digress).

In related news, I sent Nineteen this link to Jonathan Franzen’s screed against e-books. She loved it because she’s also hopelessly nostalgic about the printed page. Maybe someday in the distant future Franzen and she will realize you can’t put the toothpaste back in the tube.