There is no vacation from reading. Indeed, some take the view that there’s no vocation, but reading.

The rich vs the very, very rich: the Wentworth Golf Club rebellion. The makings of a great novel.

The very, very rich vs the Mormon church. I’d read that novel too.

It’s time for car companies to shut up about electric vehicles and just ship them. Amen.

Here’s what schools are doing to try to address students’ social-emotional needs. Shame on me, I shoulda lead with this. 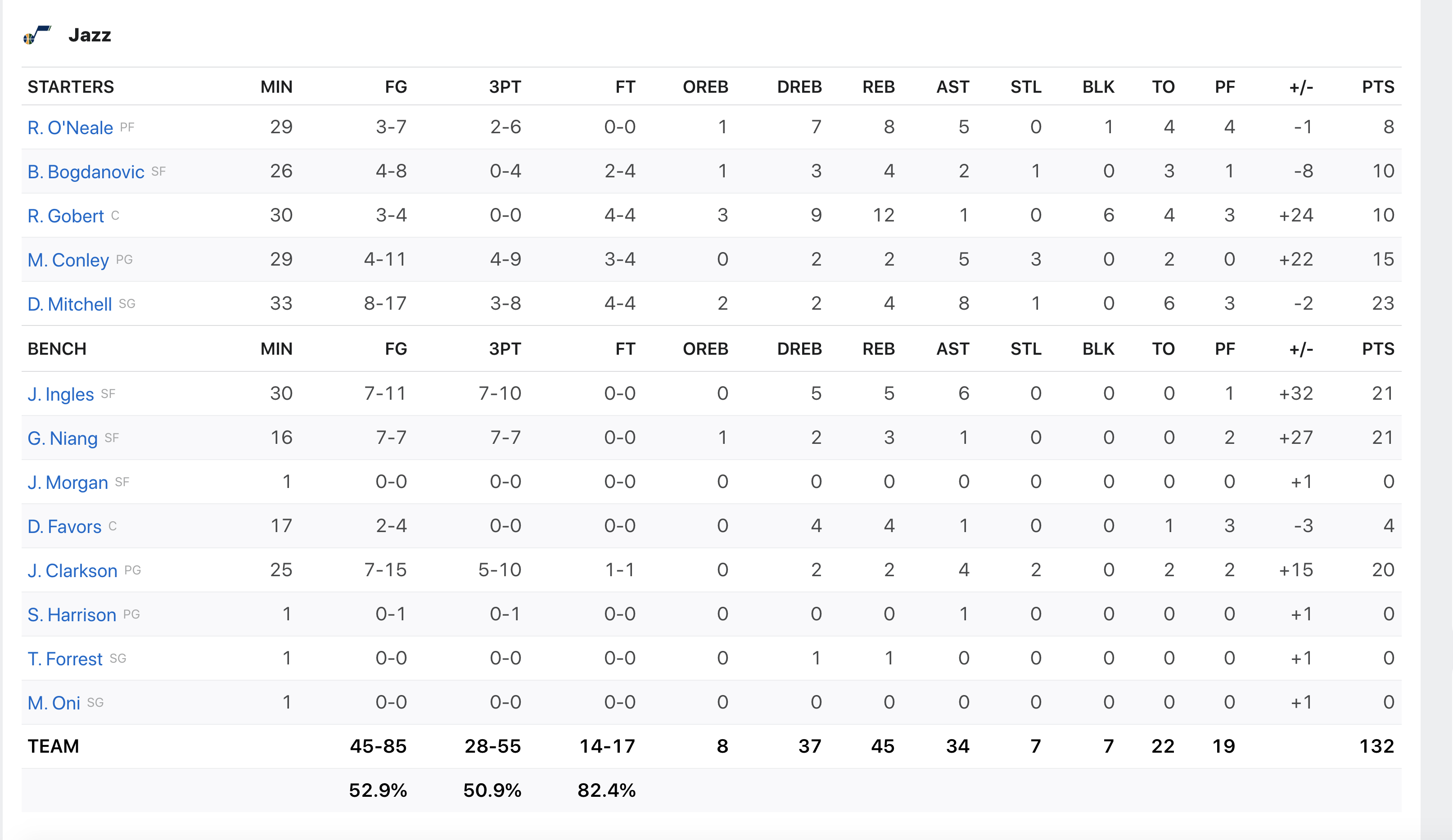 The hottest basketball team in the world is quietly positioning themselves for the #1 seed in the Western Conference. Of course, whether winning or losing, by default, a Salt Lake City-based team is quiet.

Dig this box score from last night’s 132-100 victory over the 18-12 Portland Trailblazers. The starters scored 67, the bench 65. They made over half of the 55 3’s they took. Super impressive, but one blemish, the starters turned it over too much.

How do the flashy teams everyone always talks about beat the Jazz in a seven game series given their bench and three-point shooting?

Postscript: Upon further review, imagine being Georges Niang. Pre-game, coach says, “I’m only gonna play you 16 minutes tonight.” “Okay then,” you think to yourself, “I’m going to jack it up from everywhere and get us 21 points.”

1A. Quitting Mormonism, or more formally, resigning from the Church of Jesus Christ of Latter Day Saints.

“But if the internet is inherently threatening to the Church, or to any faith, it’s perhaps not because of the way it affirms doubts. Rather, it’s in the community it opens up — a community that can be just as close-knit and supportive as a ward. Where ChurchofJesusChrist.org offers scripture, the internet beyond the Church’s domain shines light into what has historically been a black box: the lives of the people who have left.”

1B. Mormon identities in flux.

2. Baseball prodigy. Like Mike Trout, but 16 and a switch hitter. Damn the Yankees.

3. The likely elimination of single-family zoning in large Oregon cities. Coming to a city near you?

4. Please stop telling me America is great. I was ahead of the curve.

5. Human dominoes. When brakes are useless.

A hopeful sign. At least in Salt Lake City, freedom of the press is alive and well. Why Orrin Hatch is Utahn of the Year.

“It appears that the new rules were not supposed to be made public.”

From Mormons Set to Quit Church Over Policy on Gay Couples and Their Children by Laurie Goodstein of the New York Times.

In her new book, Got Religion: How Churches, Mosques, and Synagogues Can Bring Young People Back, Naomi Schaefer Riley has advice for religious leaders who want to connect with people born after 1980. Here’s her conclusion*:

“Religious leaders who are successfully connecting with young adults realize that sleek advertising is not going to bring people into the pews. The barriers to entry are not matters for public relations firms to tackle. Young adults want community. They want a neighborhood. They want a critical mass of people their age. But they want to see older people and younger people in their religious institutions, too. They want a way to serve, and many of them want a way to serve sacrificially for longer periods of time. They want the racial and ethnic diversity of the country reflected in their religious community. They want a message (in English) that resonates and helps them tackle the practical challenges they face, of which there are many. They want to feel welcome whether they are single or married. And while they may appear to be experiencing an extended adolescence, when they are given responsibility, they are often inclined to take it.”

Kate Kelly and John P. Dehlin, who have gained national attention for pushing the church to ordain women to the priesthood and to accept openly gay members, have been notified this week that they face expulsion for apostasy.

This is how I would amend NSR’s concluding insight, “They want to feel welcome whether they are single or married; male, female, or transgendered; straight or gay.” Maybe Schaefer Riley sidestepped sexual politics because the heaviest religious hitters—the Catholic Church and Mormon religion among them—seem to be doing fine despite their heterosexual, patriarchal dictums.

But I can’t help but wonder, given the pace of cultural change, whether over the next 50-100 years, the Catholic Church’s and Mormon religion’s growth will slow and/or reverse if women and sexual minorities are not embraced as full-fledged members of those communities.**

* thanks to Amazon reviewer George P. Wood for this reference

** some recent studies already show a decline within Catholicism, granted some would argue that a liberalizing of church policy would only hasten it’s decline, a point upon which reasonable people can and do differ