1. Where you live has a bigger impact on happiness and health than you might imagine. Unhappy? Maybe you should move.

2. The Most Ruthlessly Effective Move in Sports. Man, did I dominate kickball at Zachary Taylor Elementary School in Louisville, KY! A legend in my own mind. And another thing, you have to love Slate.com. Imagine, in this day and age, pitching this, “I’d like to do a piece on bunting in kickball” and then having it green-lighted. “By all means,” the editor responds, “this is a story that needs to be told.”

3. Dog ‘adopts’ nine orphaned ducks at Essex Castle. This link will be clicked more than all the others combined because who can resist doggies and duckies alone, let alone together?

4. The Men Who Terrorize Rio. Maybe our Second Amendment zealots who are down with citizen militias should vacation in Rio’s militia controlled neighborhoods this summer.

5. A Day in The Life of my Supposedly Frugal Stomach. An engineer tries to perfect his diet on the cheap.

You’ve probably often wondered, exactly what kind of water polo player was Ron? If I’m gonna continue reading his blog, it would sure be nice to know.

Five goals against Western High in a Sophomore game. Probably shoulda played in the 1980 Olympics. Still upset at Carter for the boycott. A legend in my own mind. This Cypress High School 1980 pic is everything you need to know. Total baller.

Nevermind that I was built like a pool cue. Major hops! In polo one’s manhood was determined by how high he could get out of the water. Waist high was big time, seeing suit, the equivalent of dunking a bball. Kneecaps, making change for a dollar off the top of the backboard.

Okay, I guess enough time has passed. It’s time to come clean. I had some underwater assistance. You can do it too. Here’s how. Find Steve Wright and ask him to crouch down in about 5-6′ of water. Then ask Kevin Babb to stand on the deck and take the pic right after Steve explodes off the bottom with you standing on his shoulders. Like in life more generally, timing is everything. Pre-Photoshop genius. 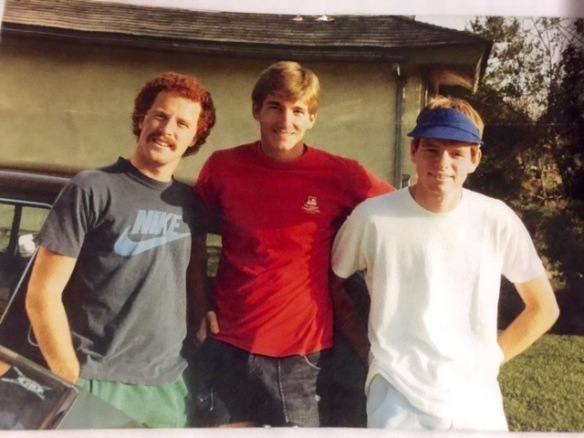 Thanks to Operation Declutter, here’s another one from the archives. 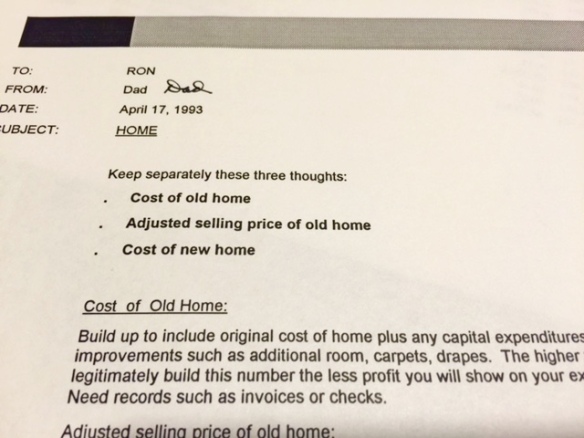 In 1993 The Good Wife and I were moving from Denver, CO to G’boro, NC. I must have asked my dad a moving/tax question. In response, he went full memo. LOVE the cursive Dad. Had he not included that, I most certainly would’ve questioned the memo’s authenticity.

One last one. A “gift” my from my loving brother when PressingPause was getting going. His idea of encouragement. It came to mind this week because I mistakenly used the phrase “school funding” in a blog post title. Sporadically checking my stats, I felt like the Seahawks at the end of the first half. And now me in a speedo probably means an even more precipitous drop in readership.