The first step, according to Celeste Headlee:

“. . . be curious and have a genuine willingness to learn something from someone else—even someone with whom you vehemently disagree. I’m a mixed-race woman, just a few generations removed from slavery, but I’ve had valuable conversations with segregationists and members of the Sons of the Confederate Veterans.”

“Another crucial skill in difficult conversations is to resist the impulse to constantly decide whether you agree with what someone else is saying. The purpose of listening is to understand, not to determine whether someone else is right or wrong, an ally or an opponent.

Often, we decide very quickly whether we will agree with someone. We listen for certain words that might be clues to their politics or faith and use them to categorize people, trying to figure out who thinks like we do and who thinks differently. But these snap judgments usually aren’t very accurate, and they close us off from getting a more complete picture.

Psychologists call this tendency to lump people into groups the ‘halo and horns effect.’ When we approve of some salient quality of another person, we are more likely to judge them positively in other respects. The opposite is true as well.”

Headlee’s book, “We Need to Talk: How to Have Conversations that Matter” is out today.

For when you’re done with your spring cleaning.

1) Teaching Tolerance—How white parents should talk to their kids about race. A must read if your goal is to be “color blind” and raise “color blind” children. I started out skeptical thinking adult behavior easily trumps parent “talk”. But Wenner Moyer makes a convincing case for both.

My “kids and race” story from my junior year of college. I was a teaching assistant in a culturally diverse 3rd grade magnet school classroom in West Los Angeles. One day I was sitting at a round table helping five or six students write stories. One light skinned African-American girl began to rub my pinkish, freckled forearm with her hand. Thinking deeply, she finally blurted out, “You have salami skin!” Feeling a need to return serve, I replied, “Well, you have chocolate skin.” To which another darker skinned girl said, “Huh uh, she has carmel skin, I have chocolate skin!”

2. The Oracle of Omaha, Lately Looking a Bit Ordinary. Can we finally wrap up the active versus passive investing debate and move on to more pressing issues like who will replace David Letterman next year? Even Warren Buffet says Vanguard Index funds are the single best way to invest one’s money.

3. Her First, and Last, Book. Graduation season is around the corner. This is a grad story to remember. “I cry because everything is so beautiful and so short.” Paragraph to ponder:

After the crash, Marina’s parents immediately forgave and comforted her boyfriend, who faced criminal charges in her death. They asked that he not be prosecuted for vehicular homicide — for that, they said, would have broken their daughter’s heart. Charges were dropped, and the boyfriend sat by her parents at the memorial service.

Once, while I was teaching at a Southern college, African-American student leaders attended a faculty meeting to explain some of their frustrations with us, including some faculty’s expectations that individual black students speak on behalf of African-Americans more generally. Ten years later, in the coffee obsessed upper left-hand corner of the country, a student of mine pressed a classmate to explain the black perspective on the topic at hand. I intervened and explained why “She doesn’t have to answer that.” After class she thanked me for the time out.

Following the release of Do the Right Thing, I remember watching an interviewer pressing Spike Lee to explain the meaning of contrasting MLK Jr. and Malcolm X quotes at the film’s conclusion. He sidestepped the question, saying that film is art, and therefore open to different interpretations. I could tell he resented the question, probably thinking most filmmakers wouldn’t have been asked it.

Three refreshingly different African-American opinion leaders’ reactions to Obama’s recent comments about Trayvon Martin serve as an excellent reminder that there’s more diversity within ethnic groups as there is between them. Seems like a simple point, but it’s often lost on people. Consider each.

It was the most refreshing, startling and amazing comment I’ve ever heard him make in the 25 years I’ve known him on the issue of race; very poignant, very personal . . .

The designation ‘first black (fill in the blank)’ always brings with it unfair burdens, and one of Obama’s. . . is that almost anything he says about race will be seen by some as favoring the interests of black Americans over white Americans.

At this point in his presidency, Obama could ignore this absurd reality and say whatever he wants. He must be sorely tempted. But the unfortunate fact is that if his aim is to promote dialogue about race, speaking his mind is demonstrably counterproductive.

Obama does more to change racial attitudes and challenge prejudices simply by performing his functions as head of state and commander in chief. A dozen speeches about the long struggle for racial equality and justice would not have the impact of one picture of the first family — the proud, African-American first family — walking across the White House lawn. No caption necessary.

Near the end of his comments, Obama encouraged people to think about whether they are “wringing as much bias out” of themselves as possible. Borrowing from King, he suggested asking, “Am I judging people as much as I can, based on not the color of their skin, but the content of their character?”

One element of “content of character” thinking is acknowledging, if not embracing, intellectual diversity within ethnic groups. 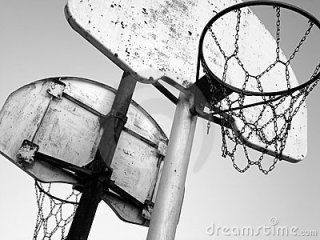 Gem of a paragraph on Slate.com recently. Prudie, Emily Yoffe, is Slate’s excellent, 21st Century, “Dear Abby”. The kid, the mom’s reaction, the whole probable scene cracked me up.

After my chuckle, I thought I’d give a response a go without looking at Prudie’s reply until afterwards. How hard can it be, right?

Compare and contrast the pro’s response and the amateur’s.

Dear Prudie,
I have a fifth-grade son who is white and plays basketball on a mostly black team. He has made friends with many of his black teammates and hangs out with them a lot. I’m happy that he’s so colorblind, but then I heard him call his new friends “my niggas.” I was horrified and immediately talked to him about it. He said that his black friends use the term all the time and told him it was OK for him to use it with them, too. He said that he understood the history of the word and knows that it can be hateful when used wrongly. My son clearly isn’t intolerant, but he could get in a lot of trouble throwing that word around. I don’t even know if it’s OK for a white kid with black friends to use that word if they all do, and no one means it in a bad way. I usually feel confident guiding my son, but on this one I have no idea what to tell him.—Stumped

Dear Stumped, Tell your son your glad he’s friends with his teammates and encourage their burgeoning friendships. Recognize though, as a 10 year-old, your son’s knowledge of the word is most likely limited. The same is probably true for his teammates. Explain to him that as they get older they will probably take more pride in their blackness and feel a greater sense of ethnic kinship. Help him understand that at some point they will most likely feel differently about any whites, even understanding teammates, using “niggas”. Also point out that people who overhear him use the term may not be nearly as open and understanding. Again, tell him to enjoy and build on their friendships, but to drop the term out of respect for their particular history. Also remind him to pass first and shoot second.—Ron

Dear Stumped, If only our 10-year-olds could stay so innocently well-intentioned. Unfortunately, even though you’ve had one conversation about this, and your son knows some of the history of this word, you have to revisit this so that your boy doesn’t find himself the subject of a complaint and the object lesson in a lecture at a school assembly. Perhaps when he was tiny you had some comic, endearing names for your son such as Mr. Stinkbottom or Sir Droolsalot. (If not, pretend you did.) You can tell him that within families people can call each other things that might be insulting if said to an outsider, but among relatives it’s done with a tone of teasing affection. That’s what’s going on with his friends on the team. Yes, the whole team is a kind of family, but for many people their ethnic or racial group also has the feel of a family. Because of that, there are things that the black players can call each other but which sound very different coming from his mouth. You can say you know his teammates have encouraged him to say it, but if a teacher, parent, or coach heard him, it’s likely that person wouldn’t understand. It’s possible that a parent of his teammate could be offended and report his remark, no matter how affectionately it was said. Say you know this doesn’t seem fair, but the history of this word still has the power to cause great pain. So as a sign of respect to those who might be hurt by it, he needs to understand that his friends can use the phrase with him, but he must refrain from returning it.—Prudie