“. . . consider that, as many commentators have noted, the coronavirus crisis is accelerating the pace of change in technology and culture throughout the world. A widely noted aspect of the pandemic is that many of the countries winning high marks for containing the contagion and protecting their economies are headed by women—among the most notable, Germany’s Angela Merkel, New Zealand’s Jacinda Ardern, and Taiwan’s Tsai Ing-wen. Could North Korea fare better under a woman, too”

Could the United States?

1. The Trump Presidency Is Over. Peter Werner, a former Republican, weaves and bobs through the first half of this essay, and then, midway through, unleashes a flurry of devastating hooks. If it it was an actual fight the refs would’ve stopped it well before the end. Technical knock out for all but the most irrational.

2. Mad About Elizabeth Warren. A friend implores me to “Just get over it.” But how can I with piercing analysis like this?

“Warren the Presidential candidate was that girl with perfect grades in the front row of the classroom, always sitting up straight and raising her hand. “She was too smart, too rigorous, and always right,” as my friend Katherine put it. “‘I have a plan for that’ became a kind of joke at her expense,” another friend added. ‘She was so knowledgeable and so prepared that her life as a brilliant student stood out.”

Even in our famously anti-intellectual country, it is possible for a wonk to win the White House. Bill Clinton and Barack Obama were intellectual superstars, and got elected anyway—indeed, Obama’s brain power was one of his major selling points. But, apparently, for a woman, being “brilliant,” “knowledgeable,” and “prepared” are suspicious qualities, suggestive of élitism and snootiness. On the other hand, if Warren had been obtuse, ignorant, and unready, that wouldn’t have worked, either. Being obviously unqualified to lead the free world only works for men.”

3. Merkel Gives Germans a Hard Truth About the Coronavirus.  Who knew she’s a trained physicist? Merkel and Warren are two peas in a pod, which begs the question, why are more German men okay with brainy women?

4. I have never really considered what Agnes Callard proposes, that The End is Coming.

“. . . so many of our practices—seeking a cure for cancer, building a new building, writing a poem or a philosophy paper, fighting for a political cause, giving our children moral lessons we hope will be handed down again and again—depend, in one way or another, on positing a world that will go on without us. The meaning of our lives, in the here and now, depends on future generations; without them we become narrowly self-interested, prone to cruelty, indifferent to suffering, apathetic.”

“Because here is something we know for sure: there will not always be future generations. This is a fact. If the virus doesn’t do us in, if we do not do one another in, if we manage to make everything as sustainable as possible, nevertheless, that big global warmer in the sky is coming for us. We can tell ourselves soothing stories, such as the one about escaping to another planet, but we are embodied creatures, which is to say, we are the sorts of things that, on a geological time scale, simply do not last. Death looms for the species just as surely as it looms for each and every one of us. How long have we got? At a recent public talk, the economist Tyler Cowen spitballed the number of remaining years at 700. But who knows? The important thing is that the answer is not: infinity years. Forever is a very long time, and humanity is not going to make it.”

Just because that’s a deeply depressing conclusion, it’s not wrong.

5. All The Ways I Failed to Spend My Massive Wealth. Of course, “he” could’ve just gone all in on the stock market a week ago.

Despite the demagogues rhetoric, the U.S. is becoming more inclusive. In part because of changing demograpics. Nearly eight years ago, we elected our first African American President. Then we re-elected him.

A conservative friend writes me and says this election shouldn’t have anything to do with gender. Only excellence. I guess I’m supposed to believe it’s a crazy coincidence that forty four times in a row a man has been most excellent just as one could flip a coin forty four times and have it come up heads everytime. Sure, that’s plausible.

Only when we join the following list will candidates’ gender start to fade in importance.

Countries that have had more than one female leader (includes acting, interim leaders etc)^

*Switzerland has seen six female presidential terms, though two of those were held by the same woman. Guyana’s tally is also debatable, since their female prime minister and female president were the same person.

Germany’s standard dictionary has included a vulgar English term, used by Chancellor Angela Merkel among others, as an acceptable German word.

Duden, the equivalent of the Oxford English Dictionary in the UK, said it was reflecting the common use of the word “shitstorm” among Germans.

The word, which is used in German to denote a public outcry, seems to have caught on during the eurozone crisis.

German language experts voted it “Anglicism of the year” in 2012.

One of them, Michael Mann, explained in that the English word conveyed a “new kind of protest… clearly different in kind and degree from what could be expected in the past in response to a statement or action”.

In the past there have been controversies over German usage of words like “download”, “job-hopping” or “eye-catcher”.

The new word has crept into the language, imported by people who heard its use primarily in American English, he says.

It is used by the highest and lowest in the land and when Chancellor Merkel used it at a public meeting, nobody batted an eyelid, our correspondent adds.

Thanks Angela. I now feel freed up to use it liberally.

• I didn’t expect my suggestion that we have veggie burgers for dinner to cause such a shitstorm.

• Temps in the 90s always create a shitstorm in Washington State.

• “What a shitstorm of a season,” said dejected M fans after watching their team lose two of three to the Cubbies.

• “This year’s Wimbledon is a complete shitstorm of a tournament,” said the television executive.

I’m doing my best to block out Presidential politics, but you can’t expect me to remain completely silent.

My liberal friends roll their eyes at me when I predict this election is going to be really close and could very well go Romney’s way. They don’t appreciate the magnitude of conservatives’ dislike for President Obama (P.O.). As one of my right wing nutter friends puts it, “ABO—Anybody But Obama”.

W was a mountain biker. Obama is a golfer. My guess is he likes golf because it’s the exact opposite of Presidential politics in that you control your destiny. No person is an island. . . except for when they’re on the first tee. Roll in a 25 footer for birdie and bask in the glory. There’s no infielder you have to throw to for the relay at home, no catcher that has to hold onto the ball, no other oarsman or woman to keep rhythm with, no doubles partner to cover the alley, no teammates at all. Slice it out of bounds and accept the responsibility for the two stroke penalty. No projecting.

P.O.’s re-election hinges upon improving economics at home. And because our economy and Europe’s are increasingly interdependent, that will be determined in part by people named Angela, Francois, Mario and Wolfgang. And then there’s Congress. P.O. wants temporary tax cuts and spending initiatives to spark public sector job hiring, but Congressional Republicans have no incentive to help him.

And China is letting its currency devalue again, making its exports cheaper and those from the U.S. to China more costly. India’s economy is slowing and the phrase “financial contagion” is appearing with increasing frequency in business periodicals. Eurozone unemployment is at 11%, the highest since tracking began in 1995.

Then there’s the Supreme Court which sometime soon will decide whether P.O.’s controversial first term focus—expanded health care coverage based upon required participation—is constitutional or not.

And there’s this picture from my California cycling sojourn.

A suggestion, fill up before or after Lee Vining, CA.

Economists are quick to say a President doesn’t control the cost of gas or the nation’s growth rate, let alone the unemployment rate in Europe or at home, but perception is reality. Add up last week’s anemic job growth numbers, the tick up in unemployment, higher than average gas prices, the mess that is the Eurozone, stagnant wages, especially tough job prospects for college graduates, and any challenger would have a decent shot at defeating the incumbent.

If those variables don’t improve or get worse, an Obama loss will not surprise me. Either way, look for him to play more golf whether as a second term president or a former president because the golf course is the only place where he alone controls his destiny. 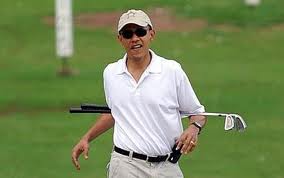