With a foot injury suffered at an exhibition at Seattle Pacific University last weekend. Begs a couple of questions.

1) Is the fact that it happened in Seattle some sort of sad (sick) cosmic payback for Oklahoma City stealing the Sonics?

2) Who will have the longer NBA career, Chet Holmgren or Bill Walton? Due to numerous foot and other injuries, Walton played in 468 games over 10 seasons. I hope Holmgren fully recovers, but I think I will take the under.

If the Seattle Mariner magic continues this weekend and they close out the season with a sweep of the “Los Angeles” Angels and make the playoffs, all will be forgiven and forgotten by each and every Specific Northwesterner: Jeff Bezos, the endemic, the unprecedented heat and wild fires, the traffic nightmares, the fractured politics, the Seahawk’s defense, the antiquated airport, the creeping wetness and darkness.

Moderate Democrats are splitting with more radical leftists on Seattle’s plans to give misdemeanor suspects a pass for crimes committed to meet a basic need.

I guess I’m a moderate Democrat since I find the proposed legislation problematic for the reasons Rantz explains. However, since we already imprison a larger proportion of citizens than any other country, we know Rantz’s solution of locking up more people will do nothing to reduce crime or improve Seattleites’ quality of life. Because criminals aren’t rational. They don’t plan on being caught, and therefore, don’t ponder the odds of going to prison.

We also now know we can’t afford our prison population if we want balanced state budgets. I wish I could direct a larger proportion of my city, county, and state sales taxes to mental health and substance abuse treatment.

That still leaves the question of what to do with all the criminals of sound mind who commit property crimes and other misdemeanors. On that, I’ll defer to experts to propose smarter, more viable alternatives to prison.

So confusing. Start with the headline, “Seattle Mariners’ Kyle Lewis awarded American League Rookie of the Year in unanimous vote.”

If that’s not disorienting enough, fast forward to this gem:

“The Georgia native is the beginning of what could be a formidable young outfield in Seattle. Jarred Kelenic, who was acquired in a trade with the New York Mets, and Julio Rodriguez are ranked among baseball’s top prospects.”

Have the words “formidable” and “the Seattle Mariners” ever appeared in the same sentence?

I hereby declare these strange times.

The President and his Fox News co-workers don’t ever reference Seattle’s history. Because they don’t care about it. All they care about is reinforcing stereotypes of people of color being prone to violence.

The heart of the matter:

“Discriminatory mortgage lending and racially restrictive covenants limited Seattle’s nonwhite population to a single neighborhood, the Central District. Fair housing laws opened up new parts of the city and suburbs to minority homeowners and renters after the 1960s, but Seattle’s overwhelmingly single-family zoning limited the housing available to new buyers.

Such zoning has been remarkably difficult to change. The region’s homeowners may vote Democratic and plant racial solidarity signs in their front yards, but often resist higher densities that can increase the affordable housing supply.”

“. . . this season of pandemic and protest. . . . is forcing our city to reckon with truths that can and should make white citizens like me uncomfortable, and that remind us just how much Seattle is like the rest of America: impossibly divided, and impossibly full of hope.”

The parallels between Michael Jordan and Lance Armstrong are fascinating. Both seized on real and imagined slights and then exaggerated them in their minds, making them much more scandalous than they were, in order to, as Lance says in ESPN’s Armstrong documentary “Get my hate on.” The angrier they were, the better they performed. Realizing that, they became expert at sparking their anger.

They also had a win at all costs approach to their respective sports; treating teammates, and in Lance’s case support staff, as means towards that one end. Apart from their athleticism, there was very little to admire about them.

The parallels haven’t been lost on other viewers of ESPN’s recent Jordan and Armstrong docs, which has caused people to conclude that you have to be an asshole to win six NBA Championships or Seven editions of the Tour de France.

*this is potentially misleading

One of the more beautiful sentences ever written:

“Enjoy the view and forget about getting stuck in traffic ever again.” 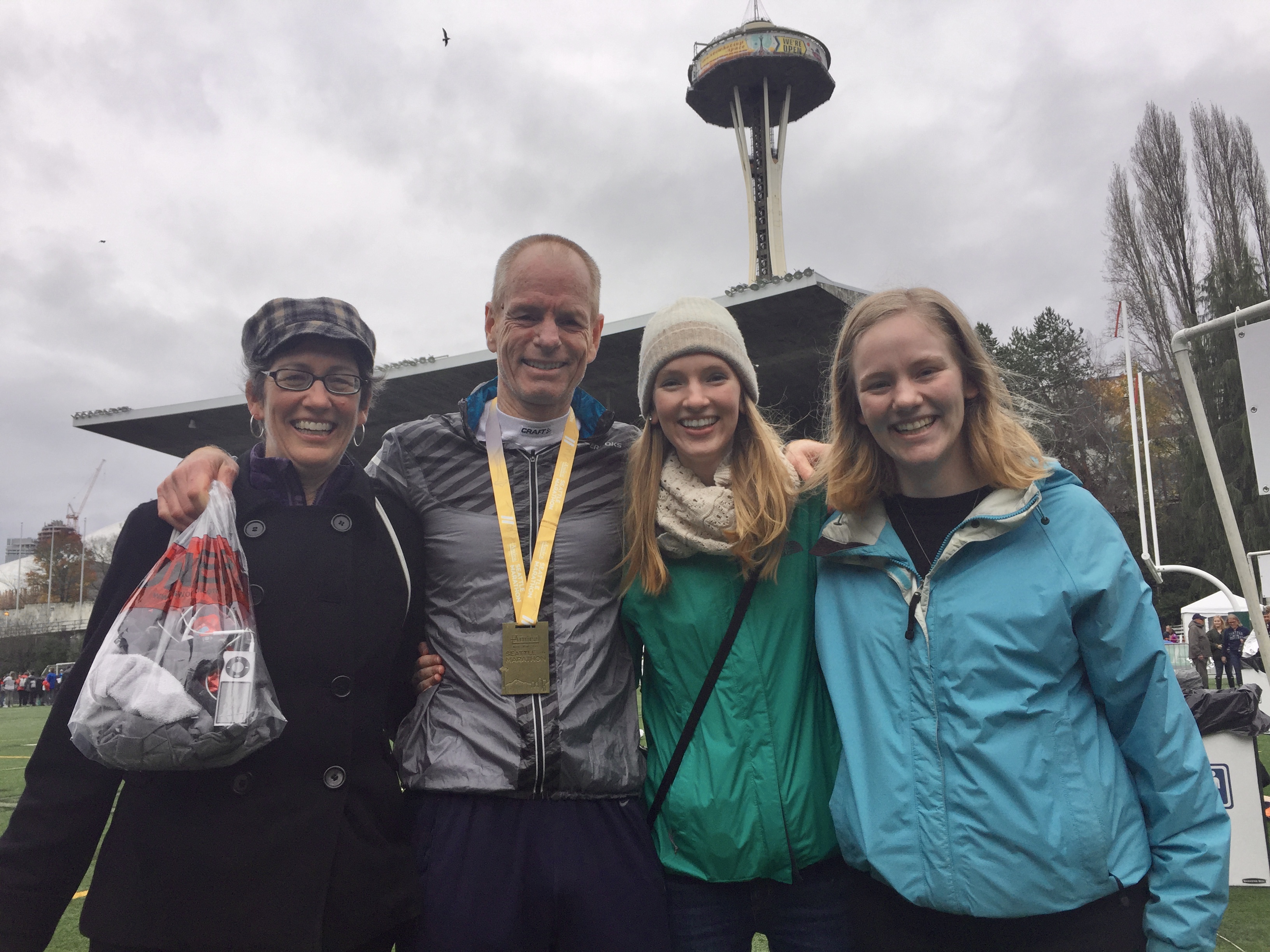 Before and after shots. I came out of marathon retirement yesterday and ran around Seattle. Thanks to Pam Johnson, physical therapist extraordinaire; my stalwart training posse; and the home team for the enthusiastic cheers at the finish line.

An undeniably impressive feather in the cap of technologists.