From the Business Insider:

• Another brilliant essay by the best sportswriter at work today. I’d like to think I coulda’ been a decent sportswriter, but I would hate to have to go mano y mano with this guy.

• Ran a half marathon Domingo with Dano, Katie, and Annie. Another beautiful morning in Paradise. I ran well and I’m supposed to credit Lance with an assist. I left the house on the mountain bike without any gel (liquid carbos). Lance and cutest daughter in the world rode by on mountain bikes, got comfortably ahead, and handed off one of their gels. Shortly afterwards, I started mowing down people. But since Lance said “Thank you though for showing me that I have at least 8 years of physical fitness left” as if I’m about to keel over, I don’t think I’ll give him the credit he otherwise deserves. He is going to tear up the mountain bike course on the Sky to Sea race in B’ham in a week and a half.

• A few questions which will only make sense if you read Simmon’s essay. What’s your “one word”, not as a baller, but as a person? Is that the word you’d use to describe yourself, the word others would use to describe you, or would the one word be the same for both? In other words, is their congruence between your self perception and other’s perceptions of you? For myself, I’m undecided between “deluded” and “balanced”. 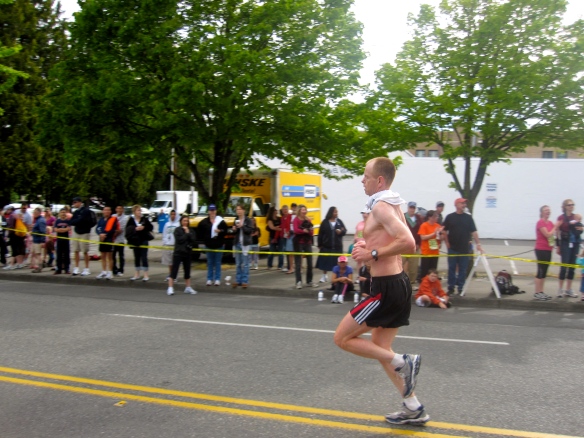 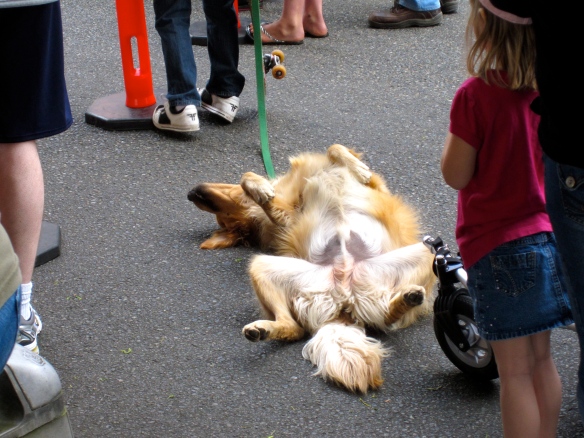